Overnight I was only awoken once by the need to go to the bathroom (fortunate, considering Haisting apparently had it far worse than me before I arrived). I’m trying to be delicate with my wording, but at the same time, honest about the experience. 😅
Other than that, I felt much better today altitude-wise. I think I may have not been intaking enough water the past few days, and I made a concerted effort to get 96 oz of water in during the work day. Lots of houses have pots mounted to the side of them, others are covered in beautiful vines.
For the first time I took a break to go for a quick walk to “esquina de basura” or “trash corner” as we lovingly call it. In Cusco, you bring all your trash bags to a central spot and every day it gets picked up. Before it gets picked up though, lots of the dogs will eat from it. One woman was carrying four massive bags of trash down the street and there were three dogs gleefully following her waiting for her to drop them off. Emilie getting up close to take a picture of the Alpaca - try and spot it!
Emilie, Haisting’s cousin, arrived at 13:00 and we went for lunch at this place with a beautiful yard, gass houses, and a baby alpaca! It seemed like some type of Airbnb compound. Three of us had the sandwich of the day which was chicken and onion, and Emilie got a burger that ended up being about double the size of our sandwiches - and came with fries of course! I think I have yet to have a meal without potato - and I’m not mad about it! Sunset is so beautiful, and so ephemeral.
We headed back for meetings we had as Haisting and I were working. One part about Peru that is equal parts nice and hard to work into an American schedule is that lunch takes 90 minutes on average. It was a productive afternoon - on one of my meetings we were missing the three main people, and between the remaining five of us on the call, we were able to sort through the issue and determine next steps, so that was fun!
After work I was able to put in some Pericle work time since Haisting worked a bit later since we had our bigger lunch break and he helped Emilie to our Airbnb. Around 18:30, we headed to dinner at A Mi Manera, a more upscale Peruvian restaurant. From top to bottom: ceviche, the softest, most melt in your mouth, bread with a great fresh herb on it. I’m not sure what herb it was, and the best way I can describe it’s taste is “fresh.” The bread was to be eaten with the meat in the dish below (I didn’t grab a picture before we started to dig in).
We’ve noticed in Peru that they typically bring out the food, and then the drinks. And they wait until everything is ready to bring it all out. When we arrived we tried to order ceviche as an appetizer with our drinks, and the waitress got really confused by that concept - to the point that she didn’t put our order of ceviche in until we ordered the rest of our food. We mused about how different our dining order expectations are compared to here. It’s a cultural difference that you don’t often think about, but is more noticeable here than other places I’ve been. Even when we ordered the food and said to bring each dish out as it’s ready, she was very confused by the fact that we didn’t want them all at once. And I wouldn’t say it was a translation issue either, Haisting and Emilie are fluent in Spanish, so the confusion was around the concept. In the end, the waitress understood and we essentially had a five course meal, and Emilie and I shared a postre (desert):
1.
Ravioles de camote (sweet potato ravioli)
2.
Adobo cusqueño (pulled pork)
3.
Ceviche de trucha (trout ceviche - trout from Lake Titicaca)
4.
Lomo saltado (sirloin with tomatos and potatoes)
5.
Aji de gallina (shredded chicken)
6.
Sueño de maracuya (literally “dream of passionfruit” - passionfruit purée with muña (South American mint, and muña is the Quechua name) ice cream)
For a drink, I tried the Chilcano aromático which is a ginger “coctele” and it was delicious! I figured the ginger would be a good option for my stomach. Sueño de Maracuya - notice the tiniest little white flowers!
Some of the words here are not spanish words but are the Quechua words for things. Quechua was the main language of the Inca Empire. Because of the amount of immigrants from Japan and China during WWII, there are some Japanese and Cantonese words that are used as well. For example, instead of soy sauce, they use “sillao” which is a Spanish spelling of the Chinese pronunciation of soy sauce.
en.wikipedia.org 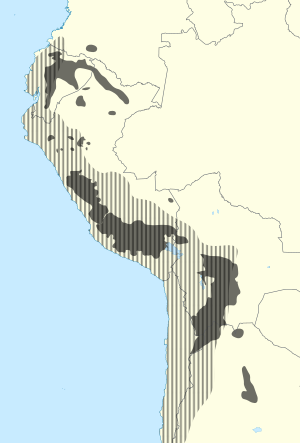 Dinner was absolutely delicious. Apart from my burger of digestion destruction, everything has been so delicious, and well-balanced. This was probably our longest dinner thus far, and it was nice to sit and relax.
After dinner we walked back home. Sergio went to bed, I journaled and hung out with Emilie and Haisting until almost midnight, and we went to bed. I have been pretty good about washing my face regularly - and the sink only has cold water, so I’m even more proud of sticking to my habit!
🍷20220422: Our Last Day in Civilization